From App Development To Video Games — The Journey to HordeCore

Despite the huge attention it attracted over the last decade, a lingering fog still enshrouds the world of game development. Prospective developers, for example, often have only a general idea of the inner workings of a studio.

For most players, on the other hand, games are born as a self-enclosed entity: it is as if they appear out of thin air.

Of course, the truth is a slightly different matter. The actual stories behind each game aren’t only unique and fascinating, but also a great learning opportunity.

For that reason, we sat down with the team at Digitality Studios, the Portuguese developers behind upcoming side-scrolling shooter HordeCore, and talked about the journey that brought them to their first commercial release.

If you’re curious to know more about it, here’s how that conversation went:

Let’s start with something simple: who is Digitality Studios?

Digitality Studios was officially founded in 2018 as an indie software development company, but we’ve all been a part of the indie game development community for far longer than that.

We are, first and foremost, a very small team with very large ambitions and a huge passion for what we do! There are currently 4 of us behind the curtains:

…and how did you all meet?

We were pretty much bound to meet, at some point! We were all living in a relatively small city, in a country whose entire video games industry can be found in a rather tight-knit community, and we happened to share a dream: starting a game development studio!

We met after enrolling in an entrepreneurship program as two different competing companies. We quickly learned about each other’s love for video games, how well our fields of expertise lined up, and how we shared the common goal of working in game development.

When both teams won the entrepreneurship grant, we realized the potential of working together to pursue this dream and eventually merged our companies as Digitality Studios! 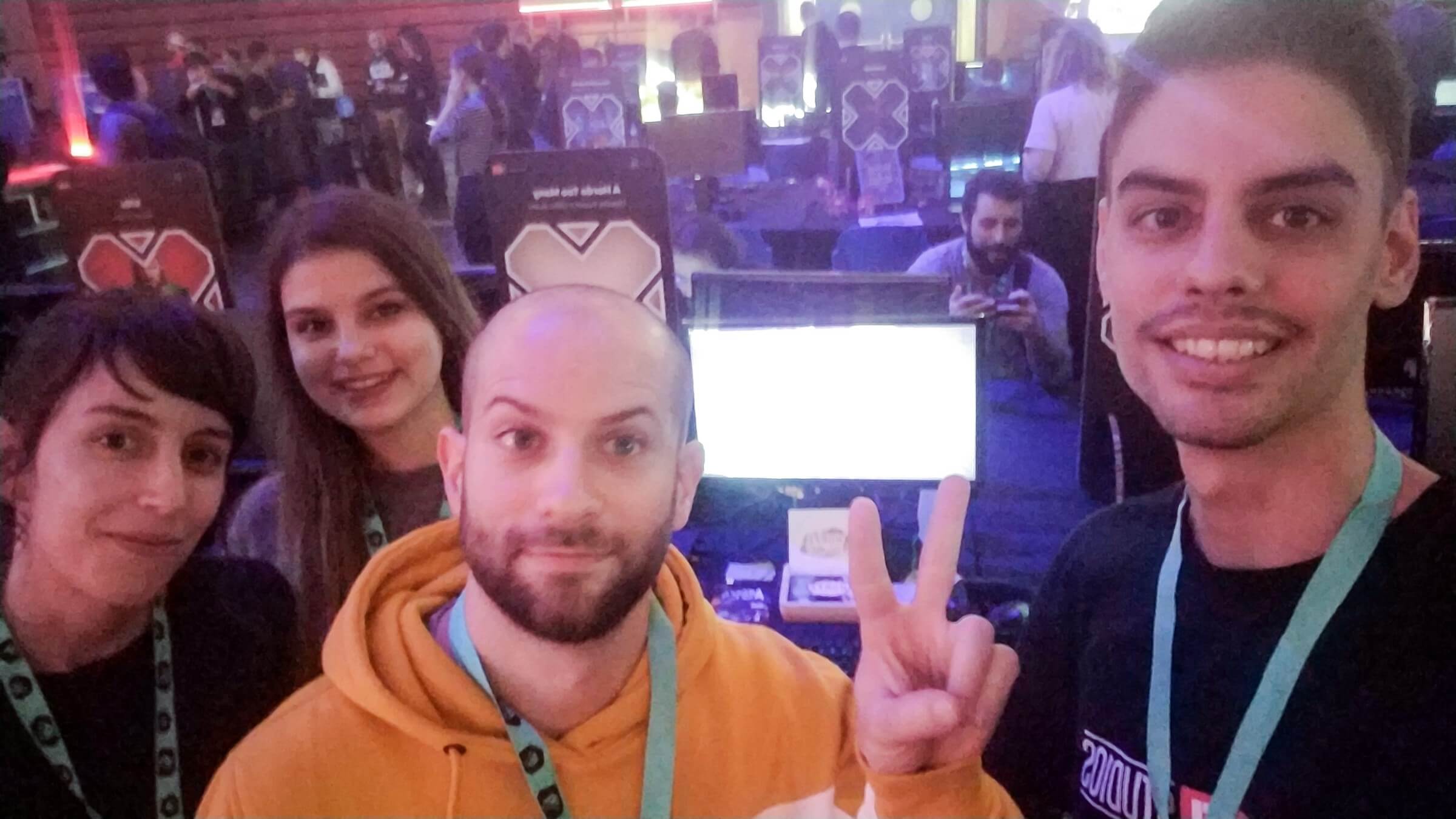 And then it was immediately HordeCore?

Not exactly. We created the studio with the very clear end goal of working our way into the video games industry. Being a very small team with no pre-existing financial support, however, we knew we would be facing a monumental test.

We had to somehow reach financial stability while being able to invest our time working on our own projects. Luckily, the sheer versatility of all the skill sets we needed to make video games allowed us to tap into a myriad of commercial software development projects in other industries.

Financial stability came “easy”, but at the cost of our entire workdays. That forced us to keep developing our passion projects in our own free time. When that didn’t stop us from being excited about what we were doing, we became increasingly motivated to turn into full-time game developers!

So how was HordeCore born, exactly?

HordeCore actually started out under a different name altogether, it used to be called “A Horde Too Many”, and the project grew both in potential and outright quality over the years.

The idea for the game predates our studio by a long shot. In the beginning, we had started working on what was very much a creative outlet that highly contrasted the work we had been doing professionally.

We wanted to escape the boring loop of web development and educative content we had been commissioned at the time.

At first, we looked at different media for inspiration. Even though we were obviously influenced by both, we’ve taken a much more “Zombieland” than “The Walking Dead” approach to the overall mood and aesthetic of our game.

That, along with our fascination for the Fallout universe, especially the character design of Fallout Shelter, led us towards prototypes that we were very much in love with! 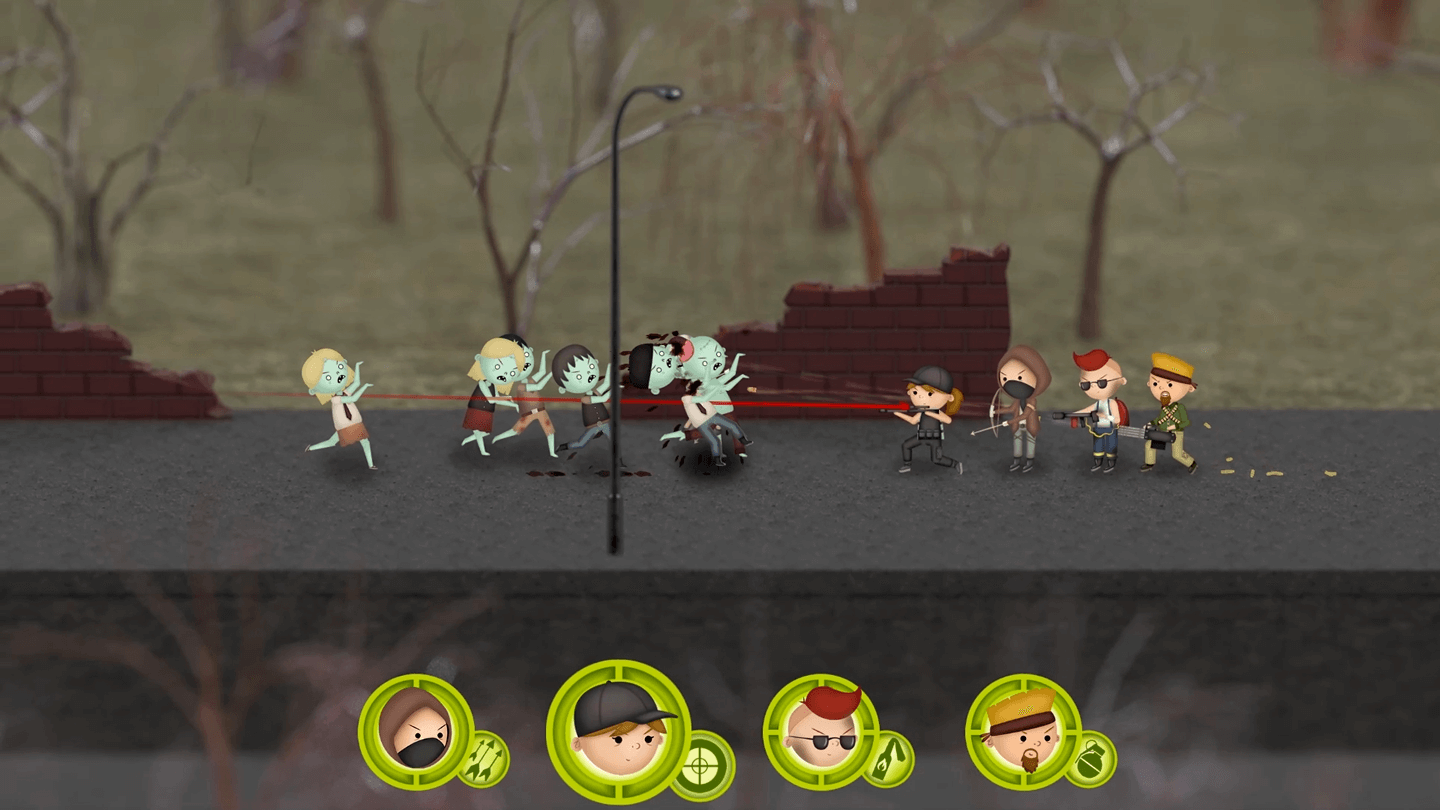 Then we started refining our designs. We actually went through several versions before we could find something that we felt pleased with. The first iteration of what is now HordeCore, for example, was still very much looking for its own ground to stand on.

Starting out, the game was a pure 2D side-scroller with no verticality and heavily directed towards a tower-defense style gameplay — more management, less action. We enjoyed what we had created, but we soon realized that the core gameplay loop would leave us out of space and stop us from expanding this world the way we had envisioned.

Dropping the tower defense elements was our first step towards a much freer, action-driven experience that would allow the player to sink their teeth deeper into our world-building. Alas, we still felt constricted by the one thing we also loved the most — the 2D sidescrolling gameplay aesthetic!

The combination of 2D characters with 3D backgrounds was there from the beginning, but I wouldn’t say we did particularly well in our approach back then. Looking back at our early concepts, you’ll find our backgrounds rather bland and very much lifeless, even for a wasteland!

This, along with the limitations of trying to develop interesting action gameplay for up to 4 simultaneous characters in a 2D sidescrolling environment with little verticality led us to the biggest — and best — change yet: opening up a third dimension for the player to explore!

Finally, the next step towards the HordeCore you see today has been signing with META Publishing. Moving into full-time development has allowed us to tackle player feedback at a much faster pace and constantly improve the game. It also allowed us to finally implement some of our most requested features — especially co-op and controller support! 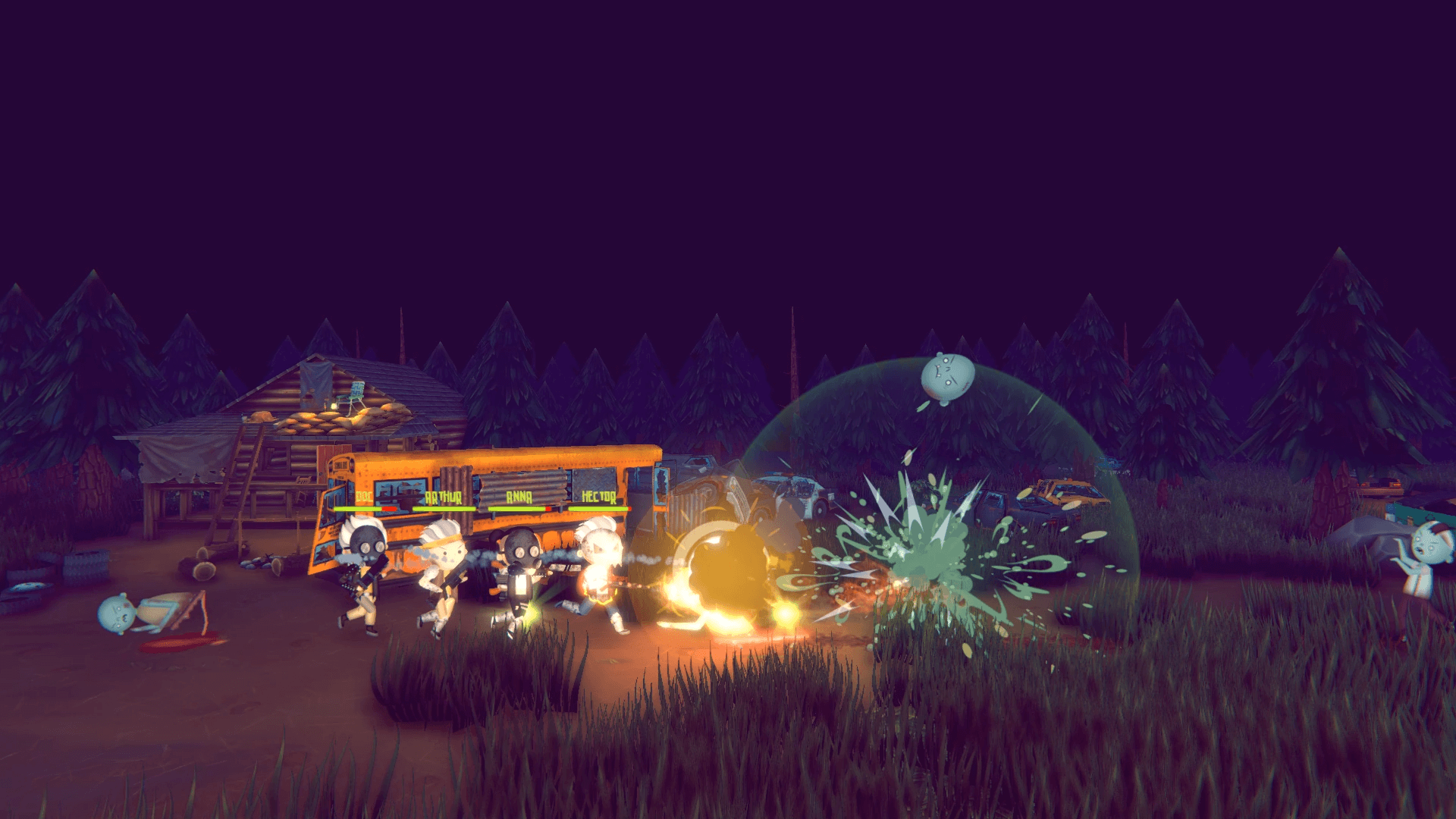 Last question: What Would You Like HordeCore to be for players?

That’s an easy one! We honestly just want HordeCore to be precisely what it is for us: an exciting, challenging, bad-ass new world to explore, where you can meet interesting characters, kill sh*tloads of zombies and have a few laughs along the way — preferably with friends!

In terms of gameplay, we’d like to see HordeCore grow towards endless replayability, exploration, and a world of excitement around the corner. While our roster already includes 10 playable classes, each with their unique character perks, we’re eager to expand the world we’re creating even further.

We obviously can’t reveal much at this stage, but there’s a ton of ideas we’ve been considering for the future of HordeCore. Not only new survivor classes to play, equipment to wear, enemies to fight, and environments to explore, but also mini-games, cards to collect, bosses to fight, and even new factions to join as you explore the wasteland!

It will, admittedly, take us a bit longer to have the game ready. In the meantime, however, you can already get a taste of what HordeCore will look like. HordeCore Prologue, a brief prelude to the full adventure, is already available on Steam for free. If you decide to play it, don’t forget to hop into our Discord and let us know what you think of it!